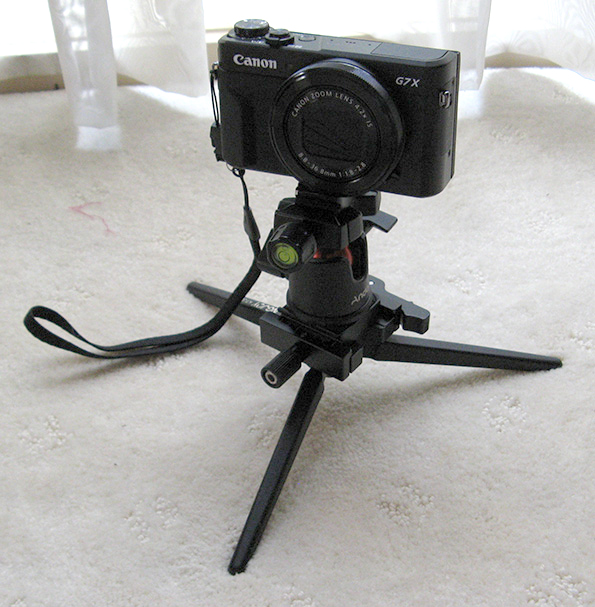 Here is a hack that will allow you to attach an Arca Swiss Quick Release System to the Canon G7X Mark II Compact Camera or other cameras with similar construction.

One of the main issues when attaching a quick release plate to the bottom ¼ mount tripod hole of the G7X II Compact Camera is that you lose accessibility to the battery and memory card compartment located at the bottom of the camera.

Here are the various parts I used; 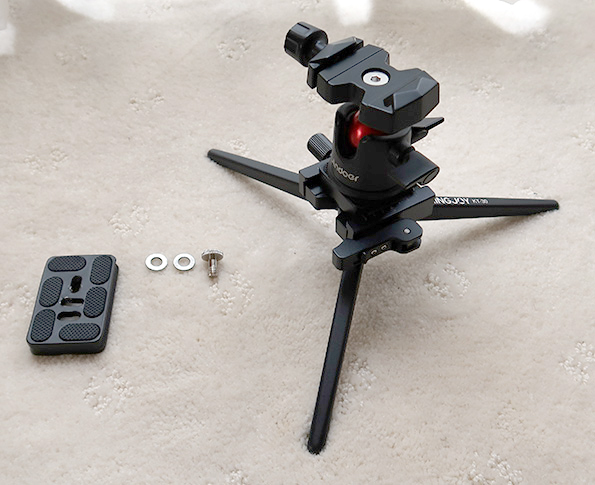 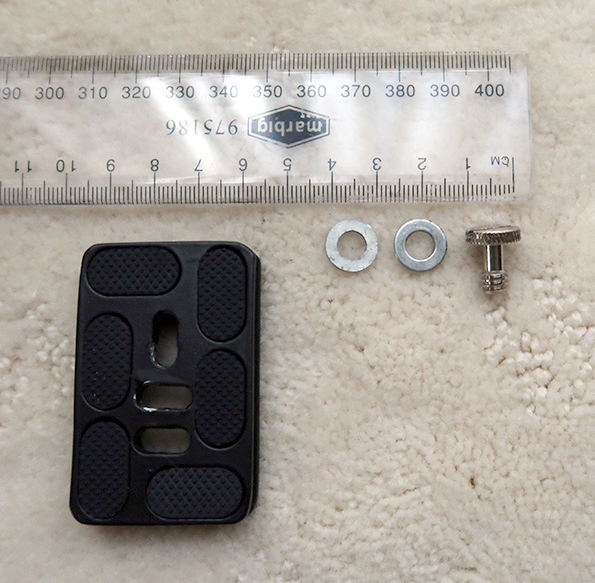 Take note of the diameter of the Quick Release ¼ Screw and Washers, as these were the appropriate size that allowed enough room for the battery compartment to open without restricting the battery or memory card from going in or out of the camera. 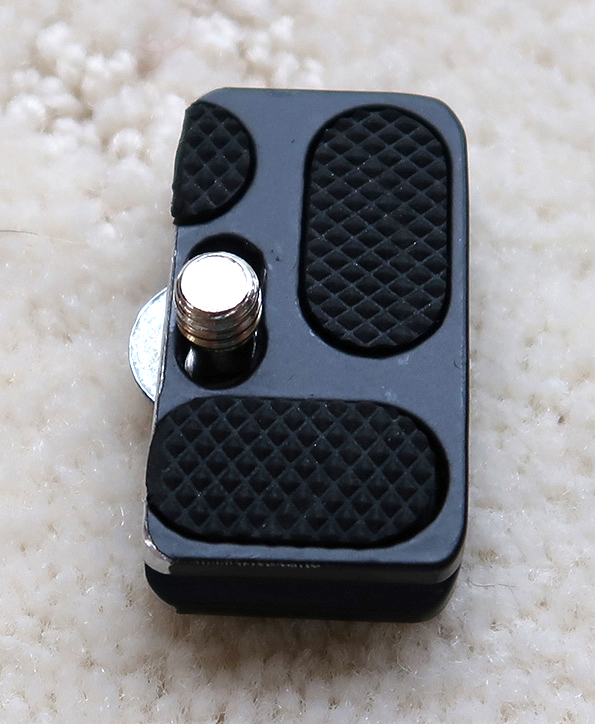 Using a hacksaw, I cut the Arca QR plate approximately 1/3 of the length of the plate, at about 2mm after the first hole as shown in the image above. I wanted the Arca QR plate attached to the camera as small as reasonably possible, so that it wouldn’t add too much weight to the camera. The 2mm allowance is important, as it ensures that there is enough space for the battery compartment to open and allow the battery and memory card in, or out.

I used the remaining QR plate as another QR plate for my other camera as it was long enough.

I rounded the edges and smoothened the surface of the QR plate in general using a metal file, so that it did not easily get snagged to my camera pouch when sliding the camera in. 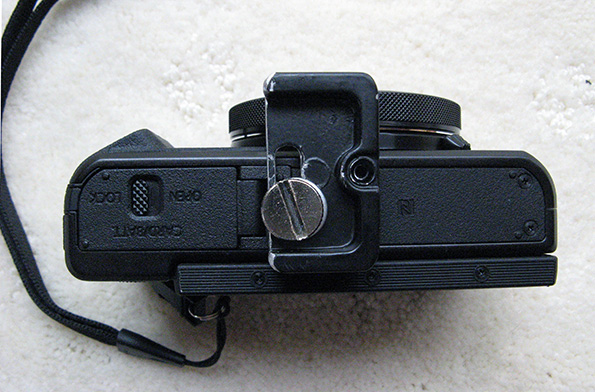 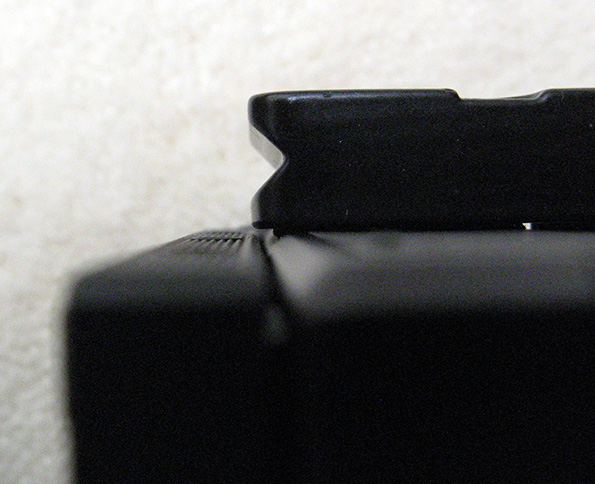 As you can see, with the LCD closed, or popped out and down at 45 degrees, the plate does not touch the LCD preventing any damage through consistent opening and closing. 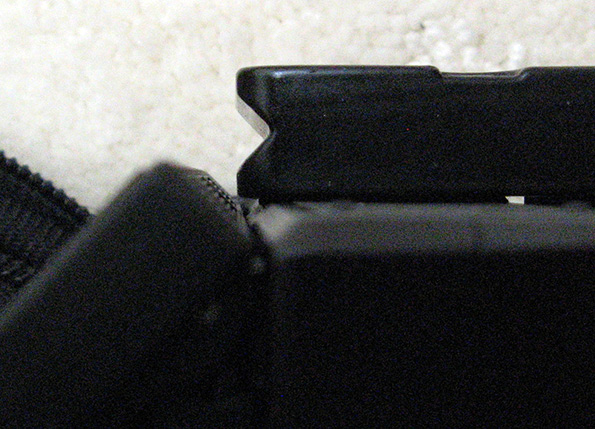 Once I was happy with the finished QR plate, I then attached it to my camera ensuring that it was aligned straight and not obstructing the general use of the camera. 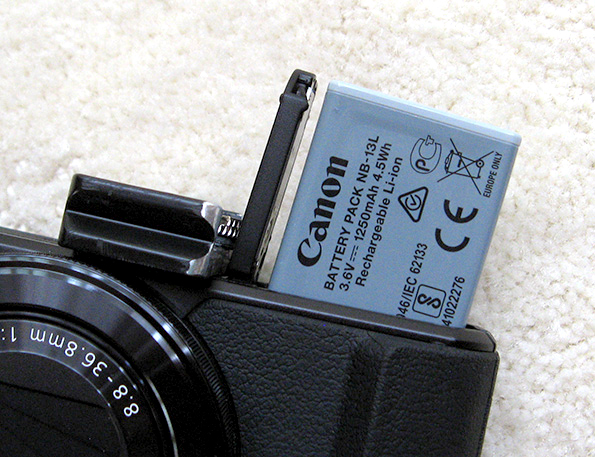 Even though the battery lid does not open fully, the battery is still able to slide out. You could wrap Heat Shrink around the head of the Quick Release ¼ Screw if you are concerned about marking the battery lid when it opens against it. 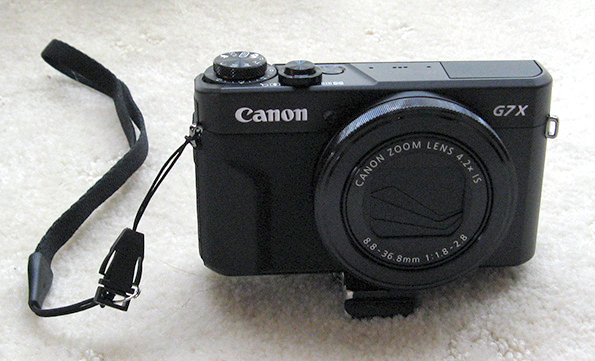 One of the benefits of attaching the QR plate to the camera is that it adds a small handle like grip for support, when holding the camera. 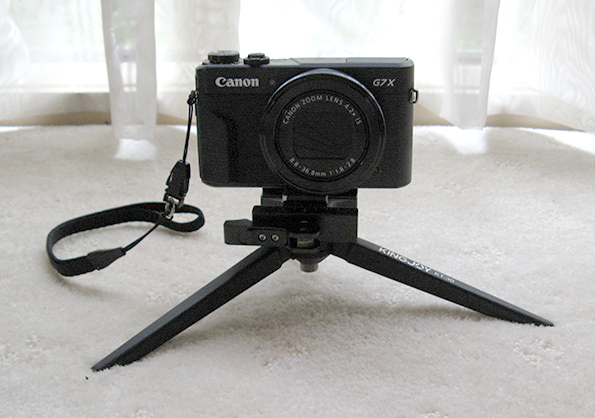 I am now able to use the camera freely with my other gear without the inconvenience of having to screw or unscrew different tripods or tripod plates from the Canon G7X Mark II Compact Camera.