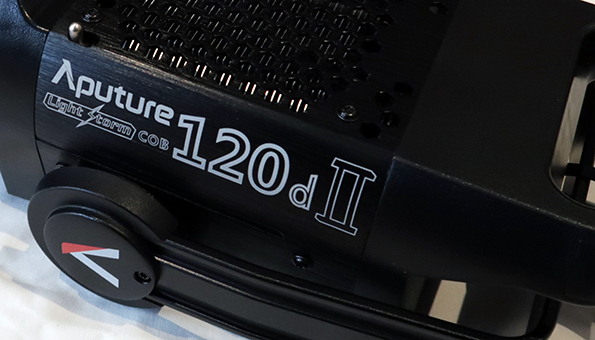 You are probably thinking, yes, my accessories are fine since the reflector is only 14mm from the locking tab to where the light modifier curves/shapes out. That is where this can be deceiving because you need to factor in how steep that curve is and whether the Bowens mount is wide or narrow tubing, and in the case of Aputure, it narrows in.

Aputure’s implementation of their Bowens mount, locks customers into their eco system. It has been advertised compatible with the universal Bowens mount system, but in my tests, they are not!

Since Aputure Light Storm COB lights are using a universal Bowens mounting system as one of it’s attractive selling points, then customers should be able to use a wide range of alternative Bowens mount accessories from different brands or manufacturers.

As a budget conscious film maker, you do not want to be forced into one brand when it comes to accessories, especially a brand that is not in the lower end of affordability.

Please watch the following video which demonstrates that the universal Bowens mount on the Aputure 120D II light is not compatible with two manufacturers of cheap Bowens mount light modifiers.

The difference in the depth of the two Bowens mount accessories in the video, which are a parabolic softbox and Fresnel lens, are quiet substantial. The Aputure 120D II light Bowens mount is deep, preventing the light modifiers to lock into place!

This renders these Bowens mount light modifiers unusable and if you have already invested in Bowens mount accessories, this puts you in an uncompromising position if you decide to purchase the Aputure 120D II light.

I am unsure if there has been a change in the Bowens mount depth of the Aputure 120D Mark II light as sellers seems to think their products are compatible with both version 1 and 2. I can only assume, that Aputure made this change to version 2 based on claims that it was to improve the stability for their softbox due to customer feedback. If I am correct, then I believe this is a cover up for an alternative motive such as locking customers into their eco system, as there could have been other changes implemented that could have resolved this issue without needing to increase the depth of the Bowens mount.

For customers who have already purchased the Aputure 120D II light with Aputure brand accessories, please be aware, that you may not be able to use non Aputure Bowens mount accessories in the future because of this issue.

I understand that companies want to monopolise the market to their products, in order to help boost their profits, but the issue I have with Aputure’s approach, is that they are using a universal mounting system to lock customers into their brand unknowingly.

If companies want to use a standardised mounting system to use with their products, then they should follow the specifications in place, set by the original manufacturers of that mounting system.

I am unsure of these specifications, but if Aputure wants to use the term Universal, then Aputure should have found a balance with their Bowens mount for the Aputure 120D II light where it can fit not only their own branded Bowens mount accessories, but also a range of other accessories from different manufacturers, especially those in the more affordable price range.

If they want to exclusively lock customers to their brand using a mounting system, then they should create their own light modifiers mounting system and be transparent about it!

Another issue I have with this light is that it lacks an umbrella mount, which the previous version had on the yoke. Why remove this feature? Is it to cut down on costs…maybe? Or limit a customers option for light modifiers, to only their Bowens mounts…hmm?

Please stay tuned for upcoming articles regarding this light, as I will be providing affordable light modifier solution hacks for those wishing to keep their costs down if they do decide to invest in this light!